7 Steps To A More Organized Kitchen 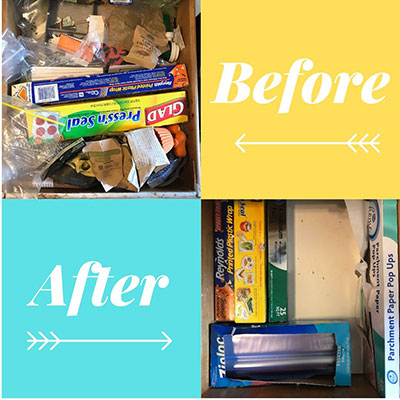 Do you want to organize your kitchen, but don’t know where to start?  This post recaps a recent virtual organizing session I did with a client.  Follow these steps for your own oasis of organization in your own kitchen.

Define the area you want to organize.  When it comes to organizing, it’s almost like a chain reaction.  You may think that you can’t organize the dining room until you organize the kitchen, and you can’t organize the kitchen until you can organize the pantry.  Everything is linked.  The idea here is to decide where to start.  Helping people decide where to start is one of my “spidey” senses.  I am very good at intuitively honing in on the area that is causing the most congestion in the overall success of organizing your home.  You may also have this gift of knowing exactly where to start.  Pick the area that easy enough that you already have an idea of what needs to happen, yet it’s also significant enough that you will feel a sense of accomplishment.

My client knew she wanted to organize her kitchen, and knew that the main bottleneck were 3 drawers.  Her goal was to move her spices from in the cabinet (which were hard to see), and put them in a drawer, so she could have easy access.

Set a goal.  She knew which drawer she wanted the spices in, but that drawer was already full. We knew with a little purging, there would be room for everything.  (This is another one of my spidey senses- approximating volume.).

She got out two bags:

Then she went for the “low hanging fruit” in the easiest drawer.  This means throwing out anything that is obviously trash, or she knows she wants to donate.

Identify categories and put like items together.  We identified 6 major categories.  They were:

-miscellaneous supplies for her cat

Step back.  She wanted to move the spices into of the drawers, so needed to make some decisions about what the other 2 drawers were used for.  The storage bags/ plastic wrap, and the baking/party supplies made the cut.  The extra utensils found a home in another drawer in the kitchen, which had other similar utensils.  Duplicates or items that never got used got donated to Goodwill. 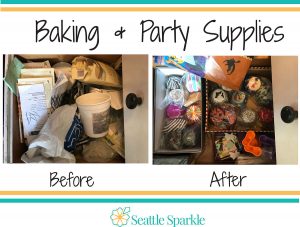 Containerize and assign homes.  The party supplies got sorted into Ziploc bags, and got neatly stored in upcycled cardboard boxes she already had in her home.  The storage bags and plastic wrap etc. got neatly contained in a separate drawer. 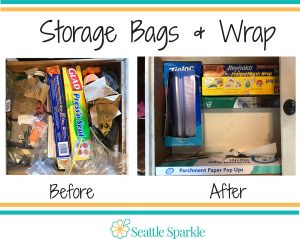 Make your move.  It’s time for the spices!  She found a box that fit easily into the drawer, and put the containers of her herbs and spices in so that the labels were facing up and easy to see.  The nice thing about having the box within the drawer is that the spices can get moved around easily, if needed, and the drawer can get wiped out with ease. 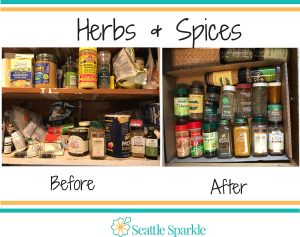 Give yourself a pat on the back!  Admire your neatly organized kitchen drawers!

We did MOST of this during a 1 hour virtual organizing session.  My client spent some time on her own after the call, and promptly followed up with her progress via text.  By working this way, I was able to help my client get started, get motivated, offer support, guidance, and accountability.  We got so much done during this session!  Virtual organizing is a great way to save money on professional organizing services, yet get great results.  It’s also really fun!  If you’d like to schedule an initial consultation, please contact me here.

For ongoing tips and support, join our Facebook Group, Declutter and Organize with Seattle Sparkle. 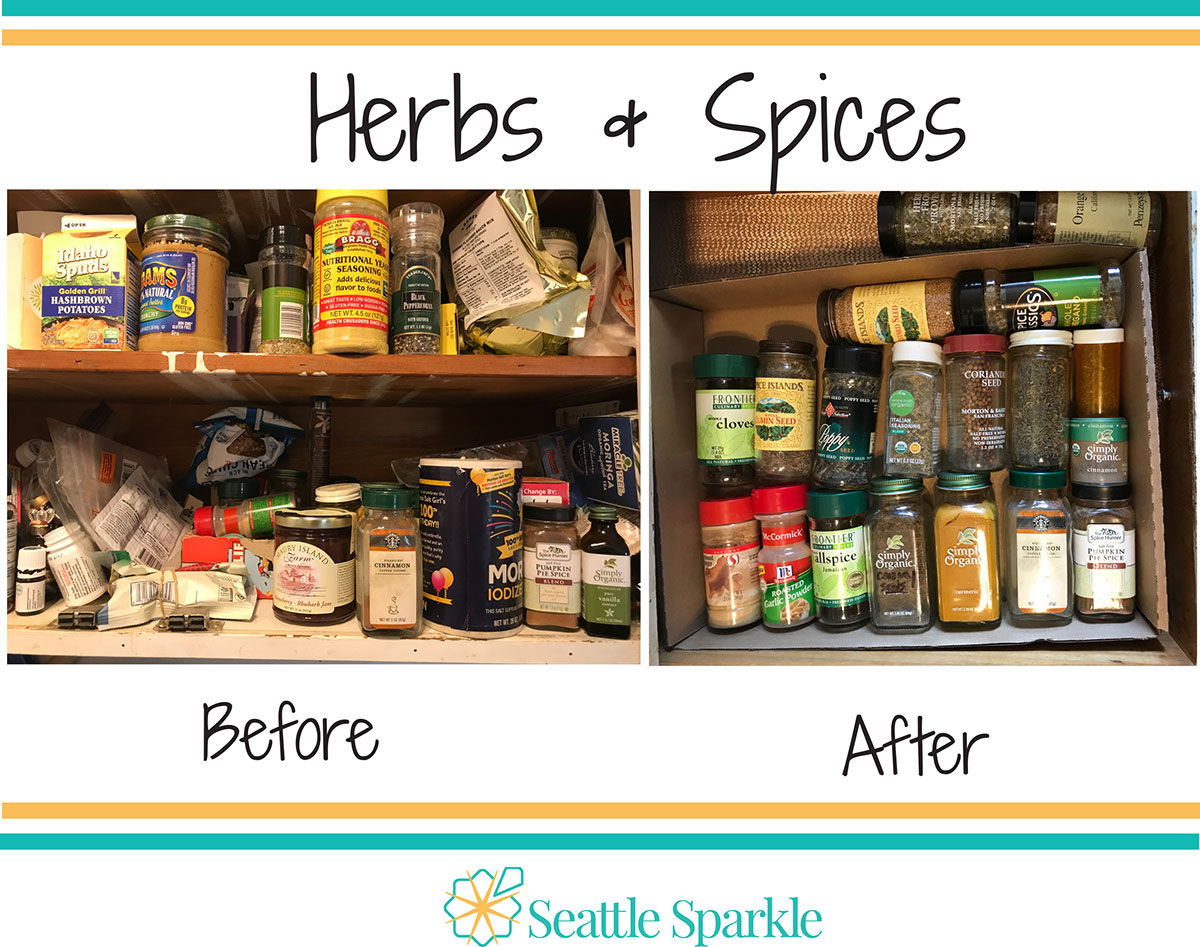 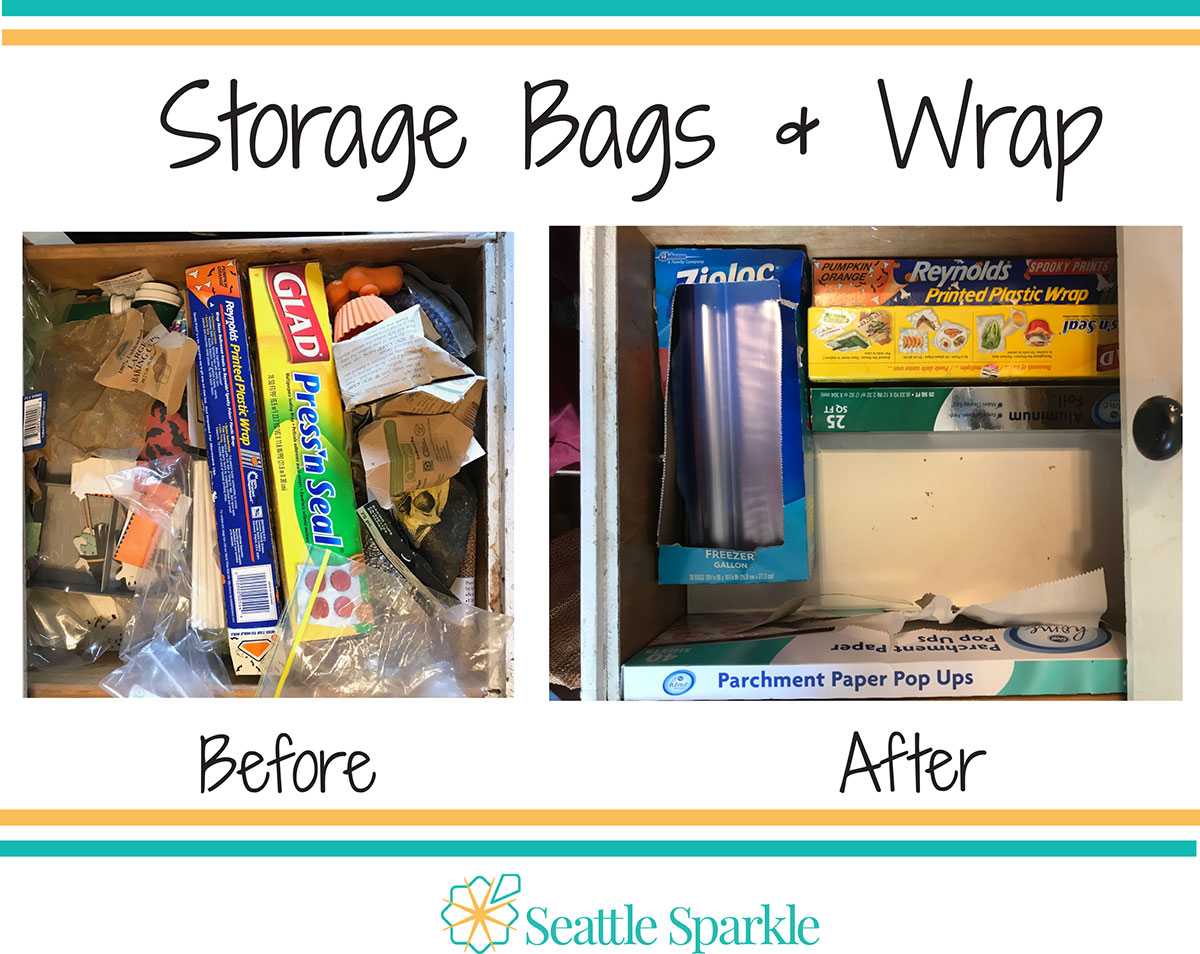 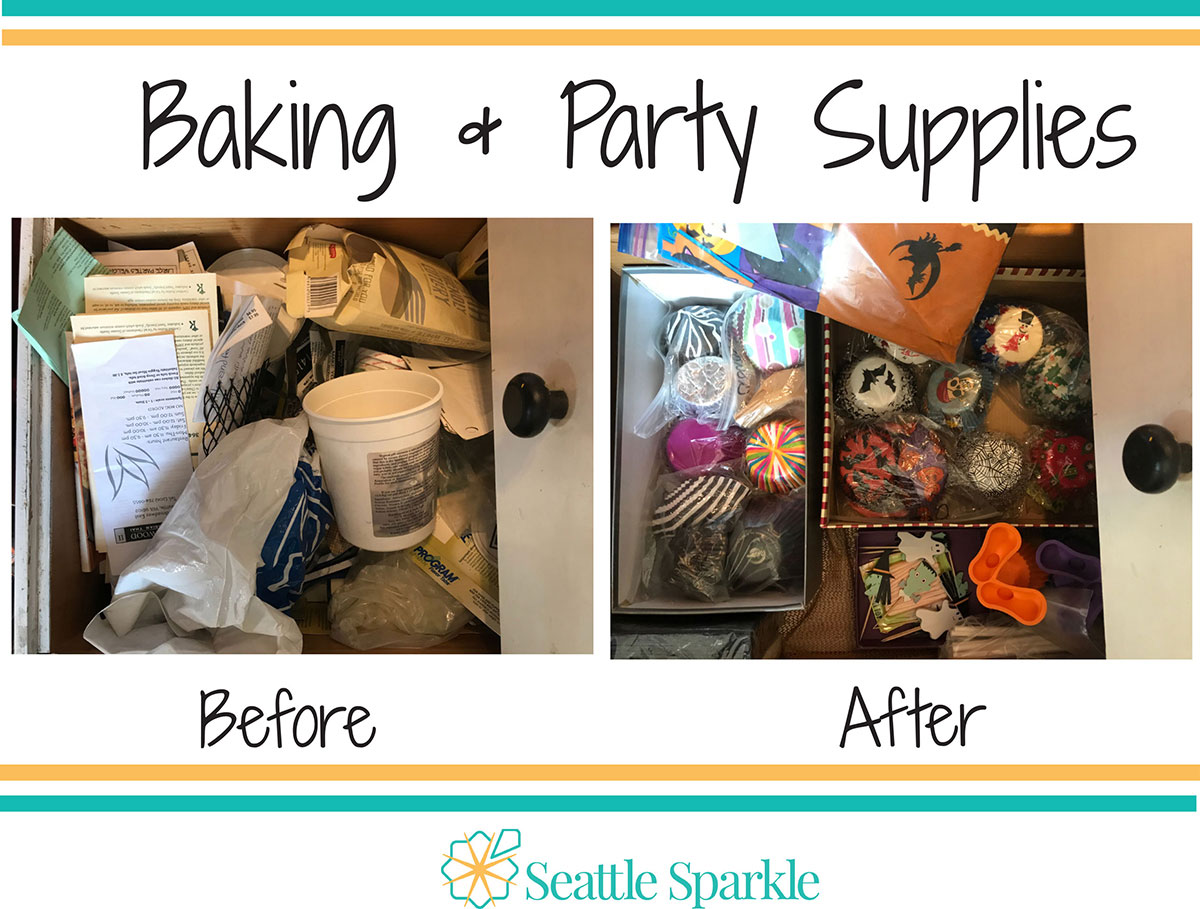 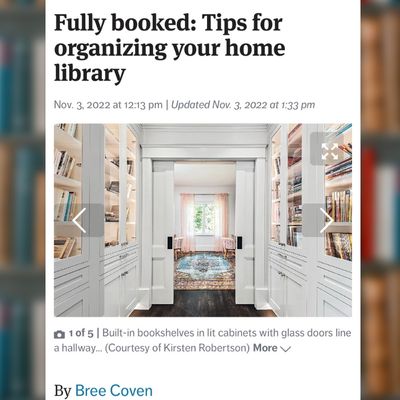